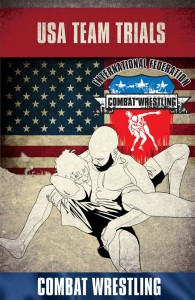 The American Sambo Association (ASA) is honored to be the Official United States representative of the International Combat Wrestling Federation (FICW).

Founded by the legendary Wrestler Noriaki Kiguchi, the 1990’s and early 2000’s saw the growth of Combat Wrestling in Japan. Many of Japan’s greatest MMA stars got their start in Combat Wrestling, where they honed their wrestling and submission skill. In 2014, with Mr. Kiguchi’s full support, the FICW was formed and will host the first ever Combat Wrestling World Championships in Bulgaria in August 22, 2015.

Athletes offered a place on the team MUST be U.S. Citizens with a U.S. passport valid for a minimum of six moths AFTER the date of the World Championships. In other words, all athletes’ passports MUST expire AFTER February 22, 2016. Proof of passport must be presented to the ASA 30 days prior to the World Championships: July 22, 2015

All athletes on the U.S. Combat Wrestling World Team MUST have their own health insurance and provide proof of insurance 30 days prior to the World Championships: July 22, 2015.

All athletes on the U.S team MUST pass a background check with the National Sex Offender Database.

More information and registration at usahq@combatwrestling.org